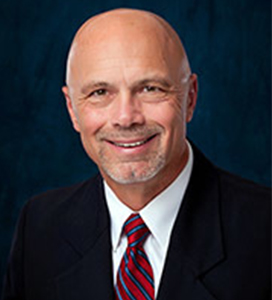 Received his Bachelor’s Degree from Augustana College in 1974 and his Juris Doctorate from Hamline University in St. Paul, Minnesota in 1977. Mr. Lupino represents clients in the areas of Civil Litigation, Real Estate, Contract and Construction Law, Wills, Probate and Business Matters.

Mr. Lupino is admitted to the Bar in the states of Florida, Minnesota and Colorado, as well as, the Federal Courts in the Southern District of Florida and for the District of Minnesota.

He is a Supreme Court certified civil dispute mediator. He is listed in Who’s Who of Florida Lawyers and has been selected as a “Super Lawyer”. Mr. Lupino is the representative of the 16th Judicial Circuit to the Florida Bar Board of Governors. He is the chairman of the Florida Bar Member Benefits Committee for 2000-2002 and is on the Budget and Investment Committees. Mr. Lupino serves on the Upper Keys Rotary Club Board and is a past Chairman elect of the Key Largo Chamber of Commerce, the Monroe County campaign coordinator for the Jeb Bush gubernatorial election campaign in 1994 and 1998 as well as for George W. Bush’s presidential campaign in 2000.

Get In Touch With Us

We guarantee our agents are top-notch!

Established in 1992, Hershoff, Lupino & Yagel, has achieved the highest rating for legal ability in Martindale-Hubbell and has offices in both Miami and the Florida Keys.